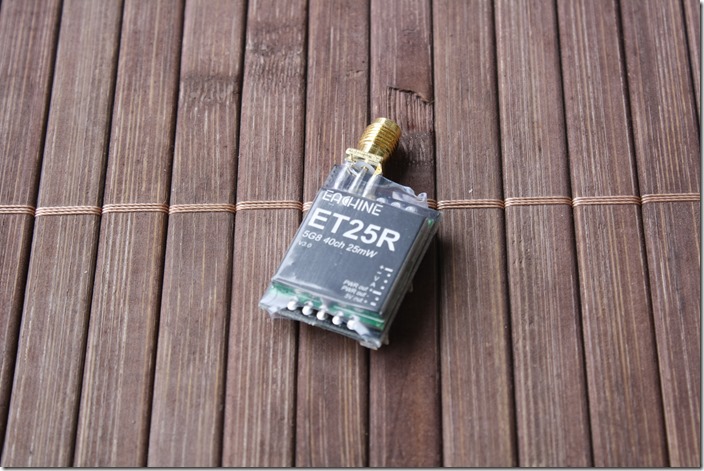 Today I received my Eachine ET25R 25mW video transmitter from Banggood. I am going to make a short review of it and share my range test results. 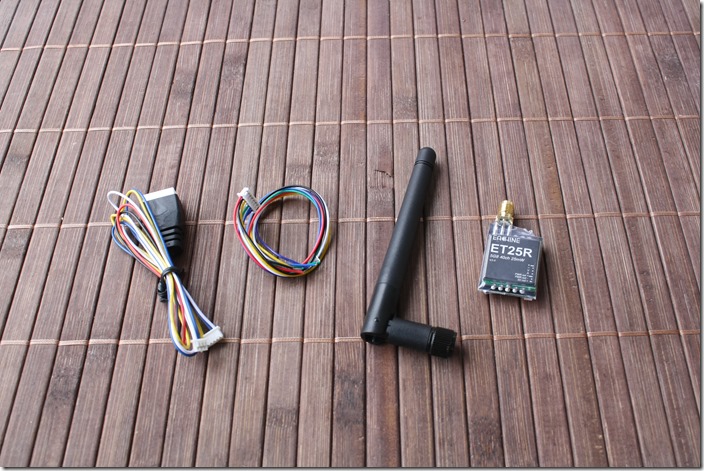 The Eachine 25mW video transmitter (vTX) has almost the same size as the 600mW 32CH version, that I have reviewed back in November last year. Unlike the 600mW vTX, the 25mW is perfectly conform with the European regulations.

It weighs only 7g without the included dipole antenna and 15.2g with it. The antenna jack is RP-SMA and has a needle inside and the plug of the antenna a hole. So if you are going to replace the stock antenna with a SpiroNET antenna for a better range, make sure it has a RM-SMA plug.

The new Eachine ET25R 5.8Ghz video transmitter has 40CH, so you can use it with any 5.8Ghz video receiver, including the new FatShark goggles with RaceBand receivers. Like the 600mW Eachine transmitter, the 25mW one has a side button for changing the transmitting channels, that I like very much.

You can directly connect the transmitter to your 3-5S LiPO battery and power your 5V tolerant FPV camera from it. The included cable fits perfectly to 3S LiPo batteries. The 600mW video transmitter, that I have previously tested, got very hot after few minutes, but the 25mW Eachine vTX stays barely warm:

Then I made a range test in line of sight (LOS): I got a perfect signal with the stock antenna for up to 500m, but haven’t pushed it further.

Summary: the Eachine ET25R is a great mini 40CH transmitter, absolutely legal to use in Europe and with a good range. You can use it any FPV goggles, like FatShark or the upcoming Eachine VR-007. I don’t like the RP-SMA transmitter jack, because I already have SMA SpiroNET antennas. If you are fine with that, you can get it from here.