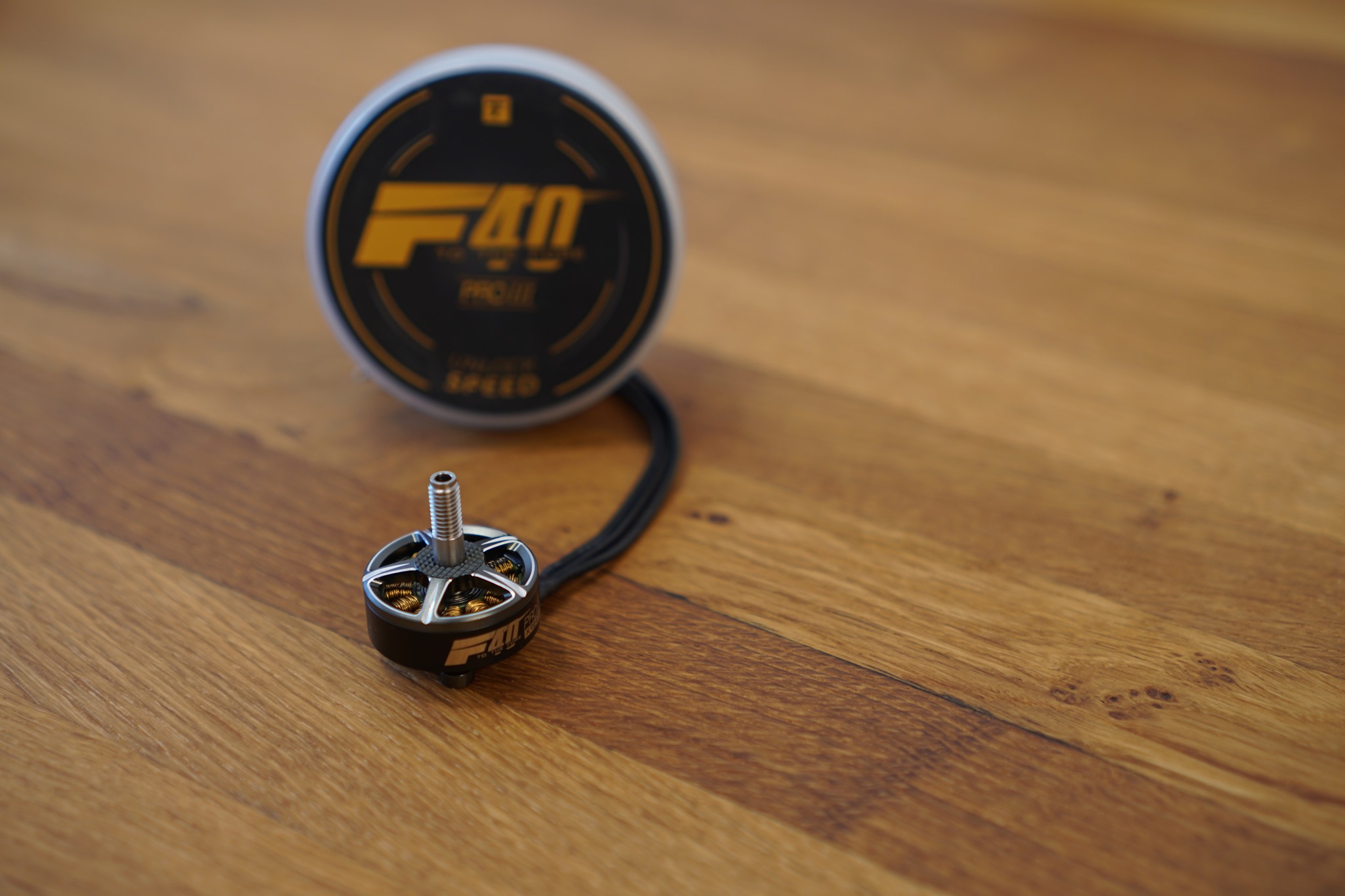 T-Motor, one of the top Chinese brushless motor manufacturers, released a new version of the popular F40 Series motor – the F40 Pro III. It is the third generation of the “Pro motor”, targeted at FPV racing pilots. We have been reviewing and testing the F-Series motors since the first F40 version back in 2016 and we are really interested to see how this new F40 Pro III is performing compared to the previous generations. 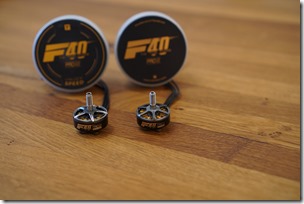 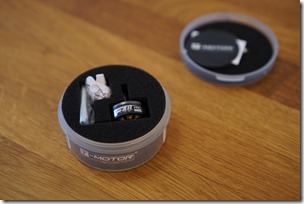 The box containing the motor and the mounting screws are the same for both the new F40 Pro III and its predecessor. Only the printed label on the front of the box was slightly changed. 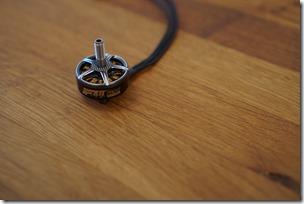 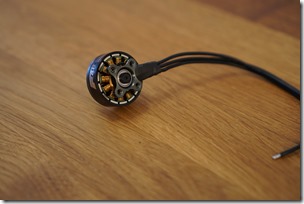 The anti-slip design for the propellers has a different pattern, but I haven´t experienced any problems with the previous version as well. The windings of the motor are “high temperature resistant silver winding” and should resist up to 240C, same as in the previous F40 Pro II generation.

The specs of F40 Pro III and the previous Pro II generation are very similar. However, the newer model is slightly bigger and heavier. Below you could find the differences:

The F40 Pro III is offered in two different versions: 2400kv and 2600kv. We have kindly received the 2400kv version from Banggood for our tests and below you could find the trust results. 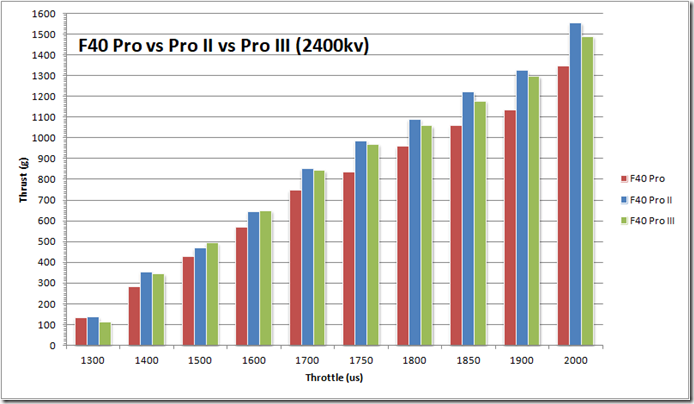 As you can see on the picture above both the new F40 Pro III and Pro II are performing much better than the first generation. Up to 60% throttle we could see F40 Pro III is performing better. In the upper range between 60% and 100% throttle, the Pro II is always a bit ahead of the newer version. The biggest gap is at maximum throttle: F40 Pro II provides 60g more thrust.

Finally, we decided to make a test with a 6-inch propeller as there is none of the website of the manufacturer. We have used a KingKong 6” prop.

With the 6 inch propeller, the motor achieved 1631g of thrust or about 140g more than with the 5” tri-blade prop. The motor was very hot, but luckily it didn’t burn out.

There is nothing so much new in the F40 Pro III compared to the previous generation. We personally like the slightly changed new design. The performance is similar to the F40 Pro II and for the most pilots, the slightly better performance in the range up to 60% throttle should be perfectly fine. Those pilots pushing their drones to the absolute limits may be still better with the previous version.

The price of the new and previous version is the same – 26.9$/pcs. As of today, if you get a set of 4pcs on Banggood, the price per piece is 24.51$. My order was shipped with priority airmail and delivered within 8 days per DHL in Germany.