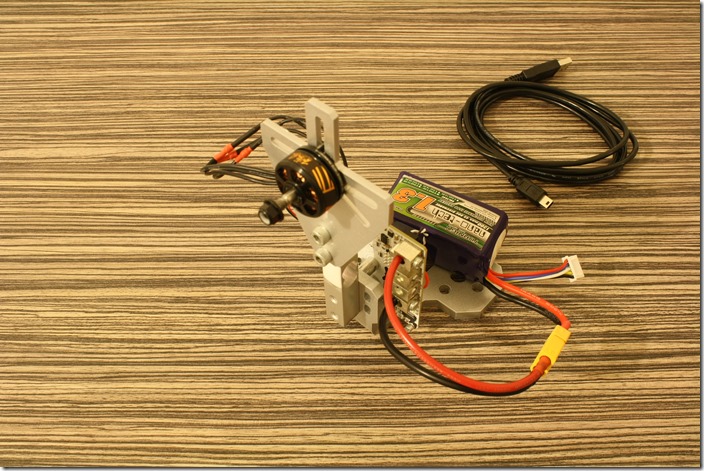 I have done a lot of thrust test in the past months with my DIY Thrust Stand, but I needed to write down all of the results and I didn’t have very precise throttle control. Charles and Dominic from the startup Tyto Robotics, the guys who created the professional Dynamometer 1580, have released their new product – the RCbenchmark 1520 Series Thrust Stand. It is similar to the 1580 Series, but can’t measure torque.

I decided to give it a try, because of the compact size, precise throttle control and data export ability.

The thrust stand arrived perfectly and nice packaged and in separate plastic bags. 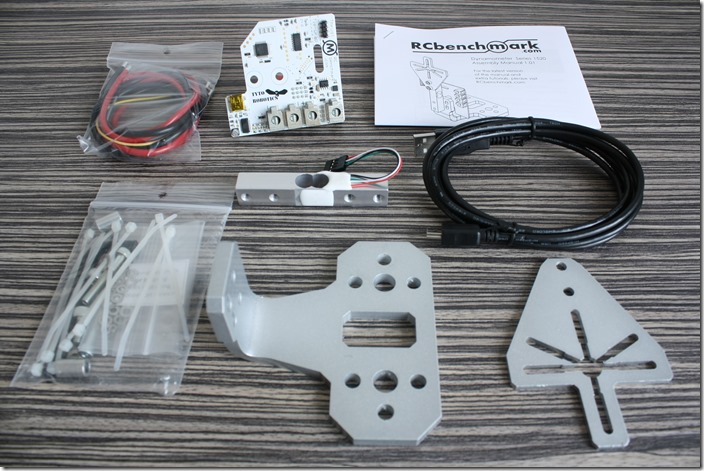 The manual, which you can see on the picture is great. Everything is described as simple as possible. All the needed screws and nuts were also supplied. You even get two hex keys! The only additional part I need was a XT60 battery connector, which I soldered on the supplied cables.

The data acquisition board is driven by an ATmega MCU and has a micro USB port for connecting to your computer. I like the fact that I don’t need to solder ESC or battery cables to the board. It is really easy to change the testing ESCs.

You can test your motors with up to 8S LiPo batteries and with current up to 40A (50A burst). The maximum measured thrust is 5kg, which is absolutely enough for some big motors too. 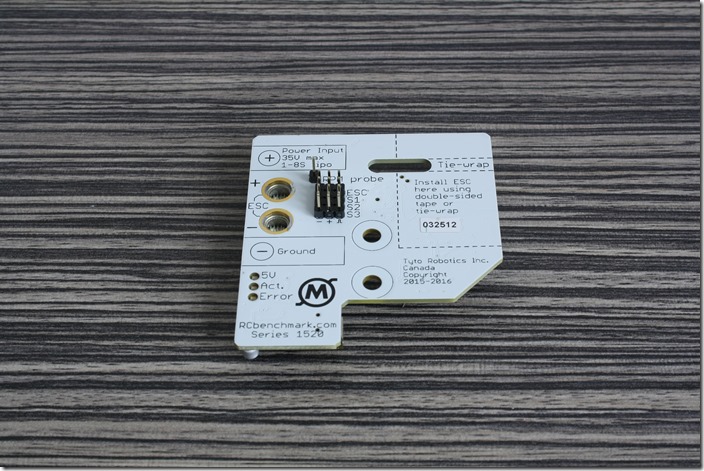 You will need max 10minutes to put all parts together and be ready for motor and ESC testing. Here a picture of my new thrust stand with the new T-Motor F40 2500kv on it.

Next you need to install the RCbenchmark app for Google Chrome. Then connect the thrust stand to your computer and to a LiPo battery. That’s it!

Now you can test your motors and ESCs using manual throttle control or even automatic control and let all the thrust data to be exported to a Microsoft Excel file. My only advice to the developers: let the user change how precise the export values are by showing fewer decimal places.

Summary: I am very happy with my new thrust stand. It makes motor testing easy and absolutely precise. If you are going to make motor thrust tests to find the best motor and propeller combination for your drone – this is the tool you need. You can get it from Tyto Robotics official web shop, but right now it is on backorder.

Update: I made some thrust test with the RCbenchmark Series 1520 and noted some big difference with my previous thrust test. I was not pretty sure, if my DIY thrust stand was precise enough or the new mounting plate of the new one is causing this difference. I asked Charles from Tyto Robotics about this topic and he told me they are going to release new mounting plate for smaller motors and propellers to reduce the ground effect. Charles also provided me the dxf file, so I made my own of carbon fiber. On the same day it arrived, I got one from Charles too. Here the difference, between the standard and the new one. 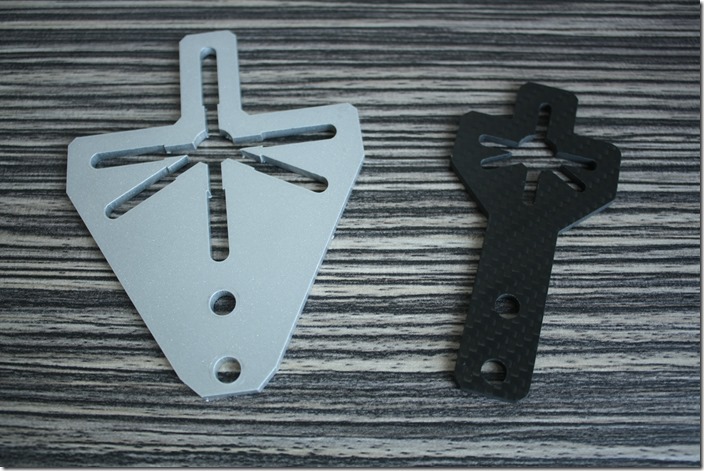 I made some new thrust tests and now there is almost no difference, about 1%. Because of this, there is no need to to update my thrust results. I want to say thank you to Tyto Robotics for the fast response to the problem and for the awesome product!