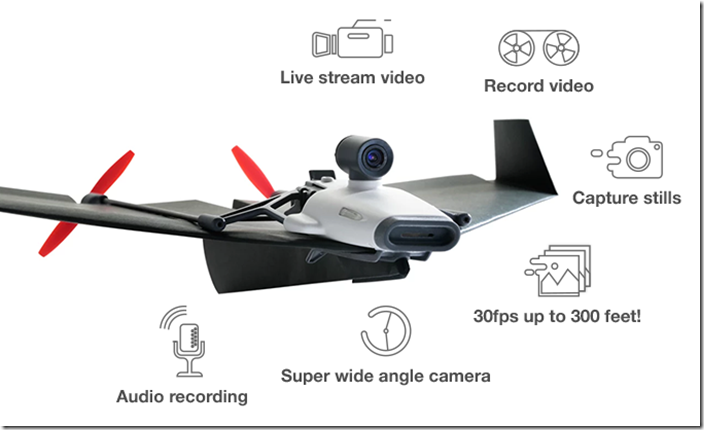 Yesterday I shared my thoughts about few funded Kickstarter drone projects. Today I will write about another one – the PowerUp FPV.

It isn’t another quadcopter drone. It is a paper airplane. Does it work? Yes. You probably have done paper planes as a child and know that these really can fly. The guys behind the project have already released a few non-FPV versions.

What’s new? The new paper airplane doesn’t have a servo for the rudder. It uses two motors instead of one, for changing the direction. It is like a flying wing, but not exactly, because these use ailerons for yaw-control.

The additional motor should give enough power for taking off with additional camera for first person view (FPV). I stated in the FAQ on Kickstarter, the camera will have 640 x 480 resolution (VGA). I like that they are honest and not claiming or showing nicely edited videos made with HD cameras. That is simply not possible yet in that size and price range. My FatShark FPV goggles cost me about 400$ and they have the same VGA resolution.

Is it possible to fly up to 300feet or about 91 meter? It should be possible, but in my opinion it largely depends on the environment and the phone you are using.

Shai Goitein, the creator of the Kickstarter project, have answered a question about the flight time. According to him, it will be possible to fly for 10min. On their PowerUp 3.0 they used a 75mAh battery. But the FPV version has two motors and additional video transmitter module. I really cant say if 10min are possible, but I will not have a problem if I get 9min of flight.

The FPV “goggles” are nothing special. They look like the Google Cardboard and the price is reasonable.