The upcoming JYU Hornet S quadcopter caught my attention with one very cool feature: just throw the drone in the air and start flying. Here I will make a summary of all features and as always share my personal opinion about this drone.

There will be four versions available:

The aerial version is the standard one plus landing gear and 3-axis gimbal. The FPV version has integrated 700TVL FPV camera and 4.3” LCD display. The FPV glass version have goggles instead of the LCD display for more immerse flying.

The JYU Hornet S is a 280mm type quadcopter, like much of the DIY racing drones. It will have 2204 type motors equipped with 6” propellers. The weight of the standard configuration should be around 550g. The battery is 3S LiPo, but there is no information about the capacity. In order to achieve this weight, I suspect it will be around 1500mAh. The guys from Shenzhen Qianhai Territory Intelligent Technology, the company behind the JYU Hornet S, claim a 20min of flight time. Without more information about the battery, I cant say if its real or not.

The drone is small, but also smart. It uses GPS and GLONASS satellite system for navigation. 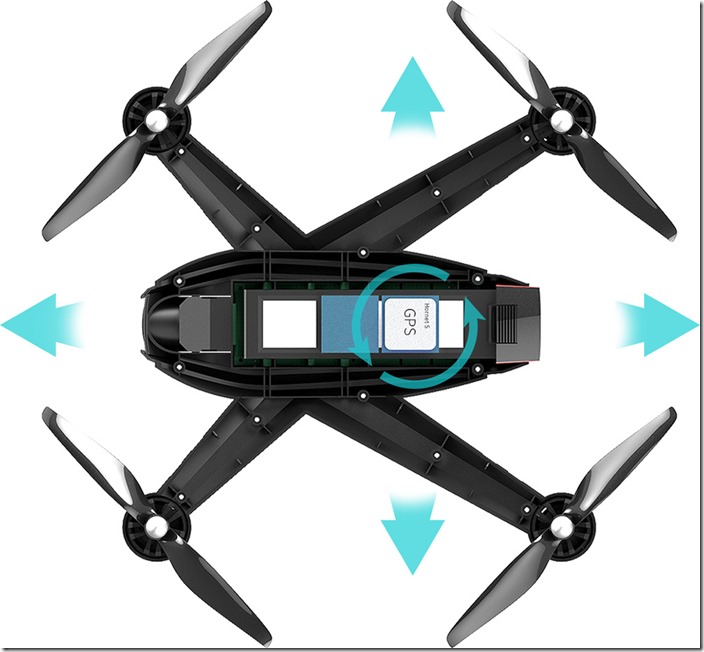 The remote control of the JYU Hornet S look good and have two antennas for a better signal. You have also one key features like “Return to home” and “Landing”. There are also LEDs for GPS status and transmitter battery level. Controlling the gimbal and camera of the aerial version should be done with it too. 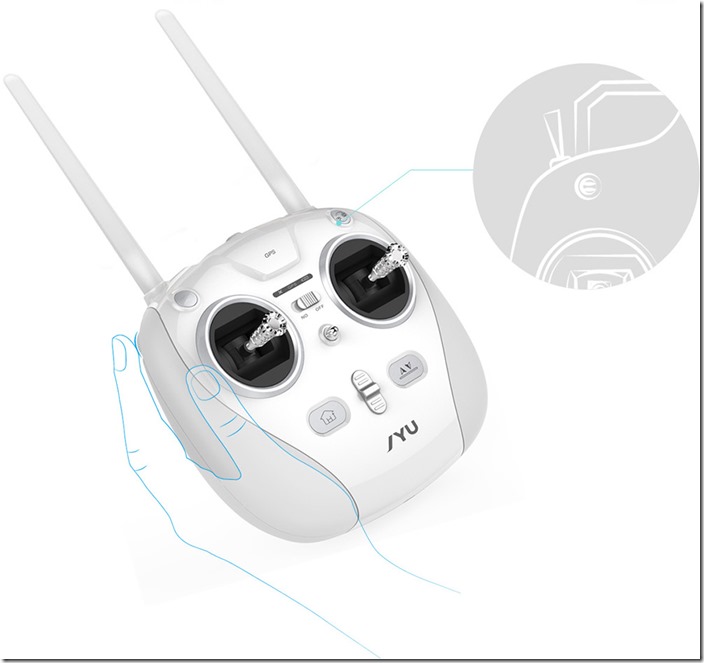 I have also seen a watch on the JYU website. You should be able to control the quadcopter with it too. There is no information, when it should be available.

Personally I find the idea of 280mm quadcopter with 3-axis camera gimbal very cool. Most semi-professional drones with camera gimbals are at least 350mm type. The gimbal with the camera weighs additional 158g., which definitely reduce the flight time, but this is absolutely normal.

Here are some details about the camera:

Most upcoming drones in 2016 ,like the Xiro Xplorer 2, will have 4k cameras on board. But the JYU Hornet S is in completely different size and price class, so having full HD camera is perfectly fine.

The FPV version will use a standard 5.8Ghz transmitter for the video. Personally I think the 4.3” LCD display is a bit smaller. Most of the FPV guys who use displays for FPV flying are using at least 7” displays. I can’t say more about that, cause I only use my FatShark goggles for FPV.

Overall the guys from Shenzhen Qianhai Territory Intelligent Technology are trying to create a product that is still not available on the market. We either have big copters for aerial photography or small copters for FPV flying and especially for FPV racing. The JYU Hornet S should combine these copter types in one package.

Price is starting from 249$ for the standard version and goes up to 419$ for the aerial version.

We can only wait until the JYU Hornet S is available and hope, that the founder Kevin Chen and his team have achieved their goal.